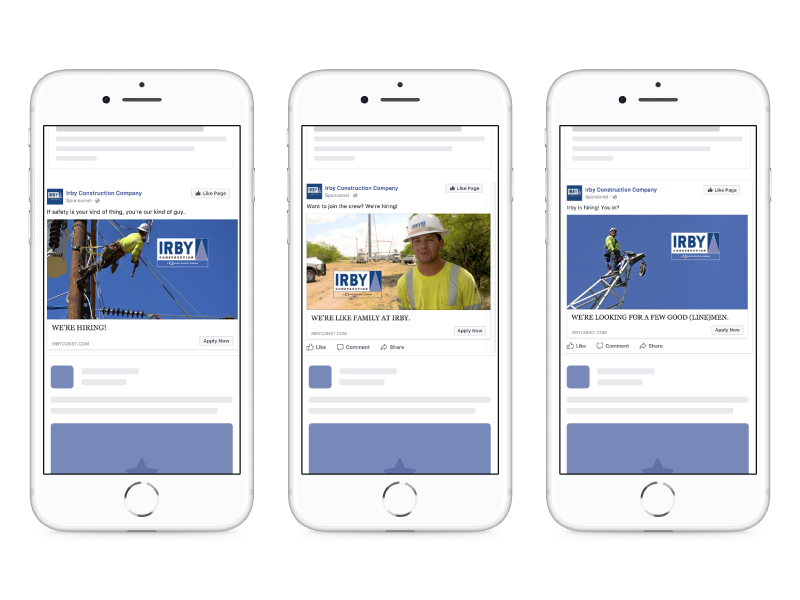 When Irby Construction Company launched a targeted Facebook advertising campaign last year, candidates clicked and the recruiter hired. Ads generated 1,958 clicks to the company careers page and resulted in a conversion rate of 42% (813 emails indicating interest). One such push resulted in 16 new hires! But that’s not the end of the story, organic search efforts combined with promoted campaigns increased site traffic 854% from the year prior. In the same 12-month period traffic from new visitors increased 900% and organic traffic increased by 675%. But perhaps the most unbelievable measure is the 8,402% increase the company saw in social media traffic! Irby Construction is proving just how valuable digital efforts can be.